Abhishek Balakrishnan is a Carnatic violinist who plays regularly in the U.S. and India. Abhishek is a disciple of violin/vocal virtuoso Delhi Sri P. Sunder Rajan. Growing up in Houston, he was initiated into Carnatic violin by Sri Vittal Ramamurthy and Smt. Rajarajeshwary Bhat, and Sri Mahesh K. Iyer. From several years, Abhishek received training from AIR violinist Kalaimamani Smt. Usha Rajagopalan.

Abhishek has been presenting concerts in the Chennai December Music Season annually since December 2011. He has given over 300 violin performances around the world, both solo and accompaniment. In December 2014, Abhishek received the Lalgudi Jayaraman (Best Junior Violinist) Award from Sri Krishna Gana Sabha for his merit-worthy violin accompaniment. Since 2017, Abhishek has been invited to perform at The Music Academy, Madras, as part of the Spirit of Youth Music & Dance and HCL Concert Series. He has performed in additional notable venues and events including major sabhas around South India, Sri Sathya Sai Baba Trust at Puttaparthi, and Cambridge University, UK. Abhishek was selected to represent Carnatic music in a solo piece before 50,000 people and televised to the world as part of the 2019 Howdy Modi cultural show.

Abhishek currently resides in Houston, TX, and teaches Carnatic music through his school - Roopa Fine Arts. Under the auspices of his guru, Abhishek founded MaargaUSA’s Houston Chapter, which is dedicated to giving upcoming youth performers a platform to give quality concerts. Abhishek was the founder and former President of Duke University Sangeet and the Duke-UNC South Asian Classical Music Partnership, that promote authentic South Asian classical music among the university communities of North Carolina. In the fall of 2014, Abhishek had the opportunity to teach an introductory university course on foundations of rhythm and the intersection between mathematics and Carnatic music. 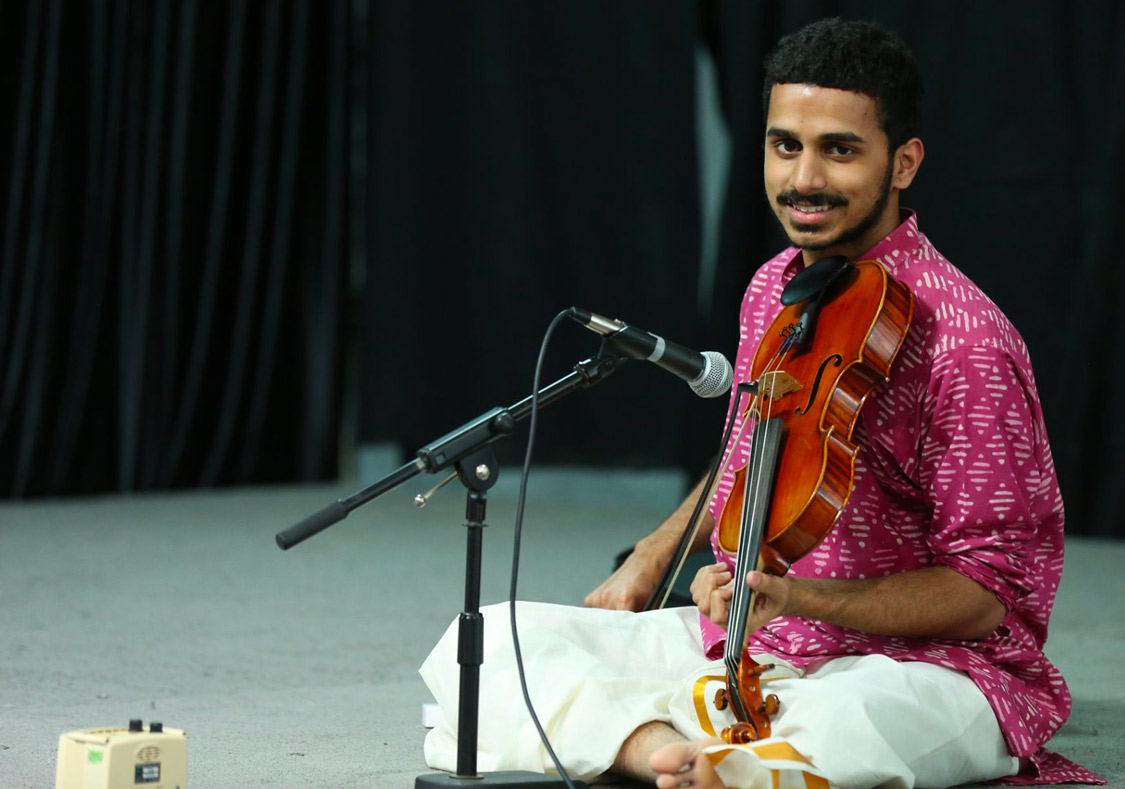