Makheer Singh is a 14 year old Taus player, an instrument used initially in the Sikh Devotional music tradition known as Gurmat Sangeet, in the North Indian musical tradition. Makheer began learning the Taus at the young age of 8 years old from the renowned Taus player, Sandeep Singh. Being raised in the tradition of a vocal Hindustani classical musical household, Makheer began his musical journey at the age of four under the tutelage of his Grandfather, Kanwaljit Singh and Mother, Channi Kaur. He continues his vocal training from Harlove Singh. Makheer’s current Taus trainers are Sandeep Singh and renowned young violinist Raaginder Singh. He has won various international Gurmat Sangeet competitions and has performed at various international venues including the Washington D.C. (the US Capital), Indian Fine Arts Academy of San Diego, and various Raag Darbars in Maryland, Los Angeles, London, New Jersey, and San Francisco. Makheer is also a two time Indian Raga fellow. Makheer has learned over 50 raags in over 10 taals. He enjoys improvising and learning new raags from time to time.

About the Taus: Taus is a persian word which means “peacock.” Created by the sixth Sikh Guru, Guru Hargobind, the Taus produces a sound similar to the bird it so fondly represents. The sound is produced with the combination of the bow and movement of the fingers across 20 frets on 4 main strings. The resonance on its 28-30 sympathetic strings is truly reverent and reminiscent of a call to the divine by the peacock. 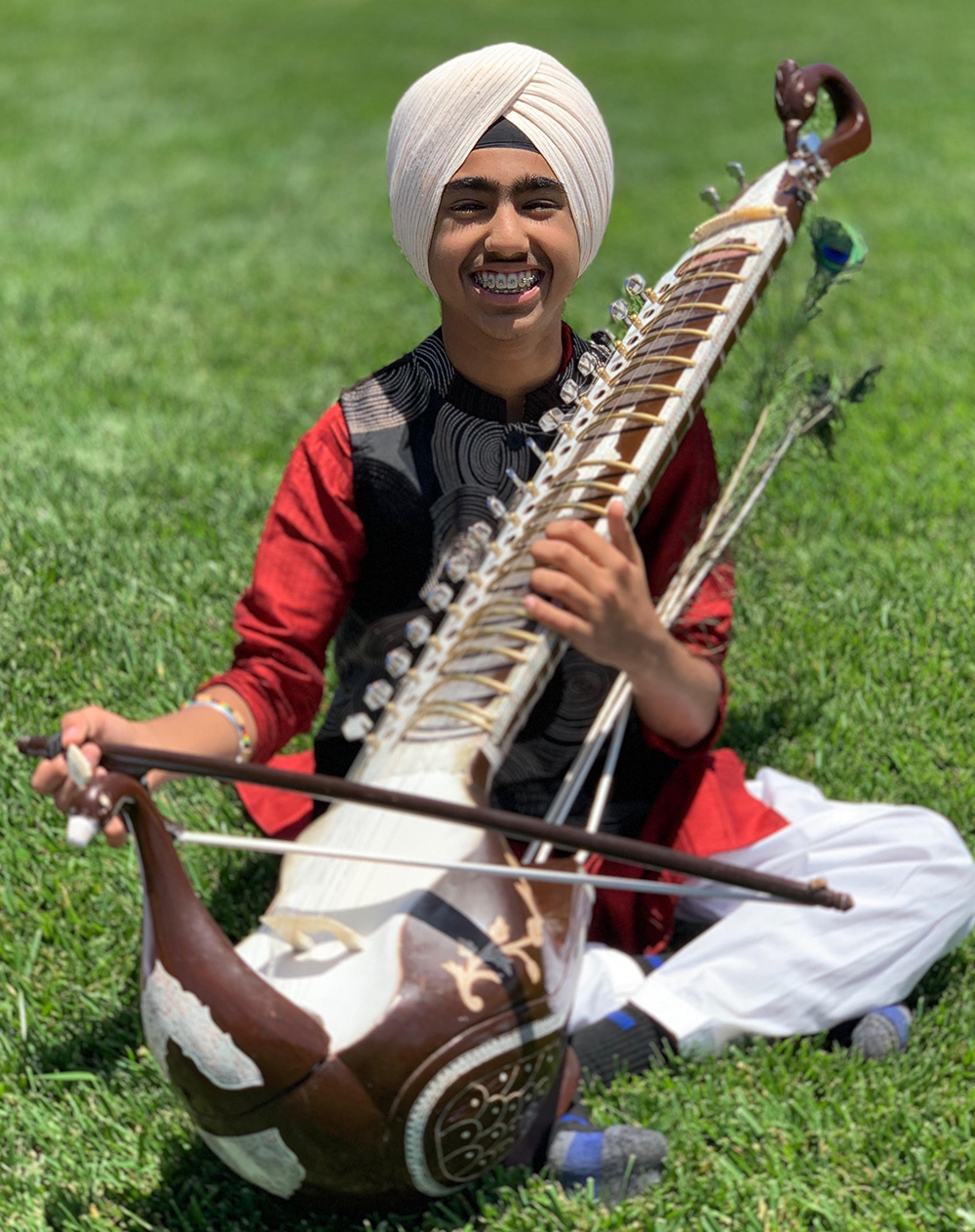