Sanjana has been learning Indian Classical Music (both Carnatic and Hindustani styles) on the violin from her father, Mr. Sanjay Chandran for almost 12 years.

She has secured top honors at several leading music competitions organized by the Cleveland Aradhana, Carnatic Music Association of North America (CMANA) etc. She is also the recipient of the IndianRaga Fellowship. She is also an avid composer and has composed original music blending different genres of world music such as Indian Classical, Jazz, Pop, Celtic, African and Latin music.

Sanjana has given full-fledged concerts in many venues across North America. Recently, she was invited to perform a global music collaborative concert in Iowa City, IA, sponsored by the Iowa Arts Council and the National Endowment for the Arts. In addition, she has conducted workshops on Indian Classical Music in several public schools and universities in South Florida and Iowa. She also learns western classical music on the violin from Mr. Gustavo Correa and Bharatanatyam from Mrs. Priya Nagaraj.

She is currently a junior at FAU High School while simultaneously pursuing a Bachelor’s degree in Neuroscience and Behavior at FAU. Besides music and dance, Sanjana is a passionate gymnast. 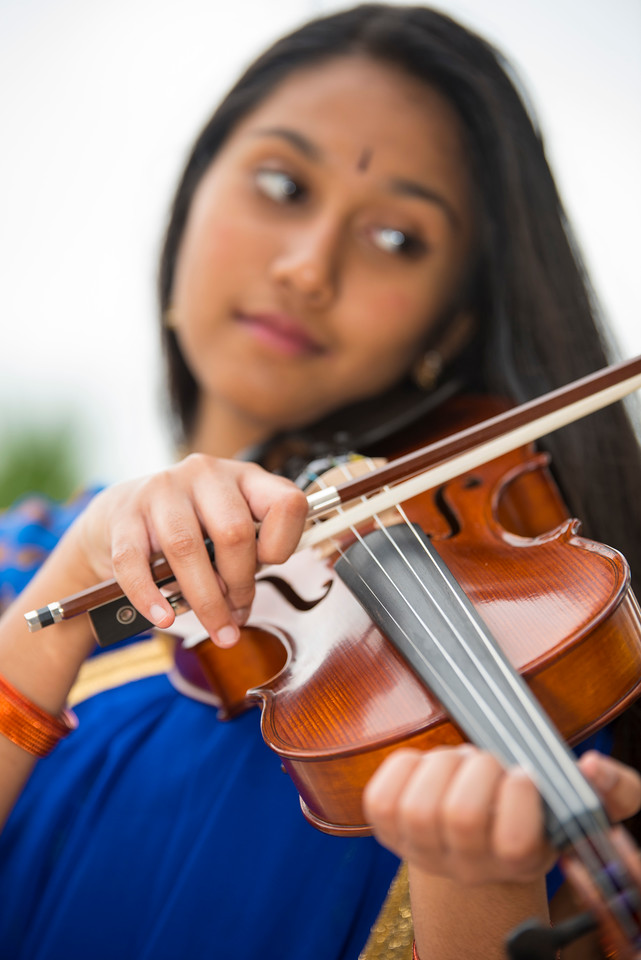