Shriram Brahmanandam was initiated into the mrudangam by the renowned guru Harihara Sharma and later continued his training with C.V. Kuppuswami. He completed advanced training from the percussion stalwart Kumbakonam Rajappa Iyer. Shriram is an A grade artist with the All India Radio. He has won awards for "Best Mrudangist" during the music concert series held in the Indian Fine Arts Society and in the Youth Association for Classical Music.
Since his debut at the age of 12, Shriram has played on countless stages at major venues in India and abroad. He has performed in Melbourne, Australia, and has been invited to present in major multinational music festivals like the Australian Woodford Folk Festival in Queensland. He has also teamed up with many senior musicians including Lalgudi. G. Jayaraman, T.K. Govindarao, N. Ramani, Shashank, Suguna Purushothaman, R.K. Venkatrama Sasthri, and Balamuralikrishna. Today, Shriram is one of the most sought-after accompanists in the United States, having also performed at the annual Cleveland Carnatic festival and at the Lincoln Center in New York. He has often been featured in fusion concerts where he has collaborated with percussionists and musicians of other musical systems such as Hindustani, Folk, and Pop. He has also performed drum fusion concerts with celebrated
western drummer Anandan Sivamani.
Shriram also serves as Global Music Director for the San Francisco World Music Festival for which he composes and arranges music and performs along with masters from musical systems around the world. A prolific composer, Shriram zealously looks for opportunities to create new rhythmic compositions (mohras and korvais). Shriram translates his passion for the mrudangam into articulate, riveting lecture and demonstration sessions (‘The Art of Mrudangam Accompaniment’) held around the Bay Area.
Shriram's style of accompaniment, vibrant and energetic as it is, never ceases to complement and glorify the main artist. His exquisite grasp of melodic nuances and his tonal excellence have won him praise from both peers and seniors in the musical world. Shriram ahas also been training several disciples for the last few years in his School called Nandi School of Rhythm in Sunnyvale, California. He focuses not just on the playing techniques but also on the theory of rhythmic music at an advanced level. 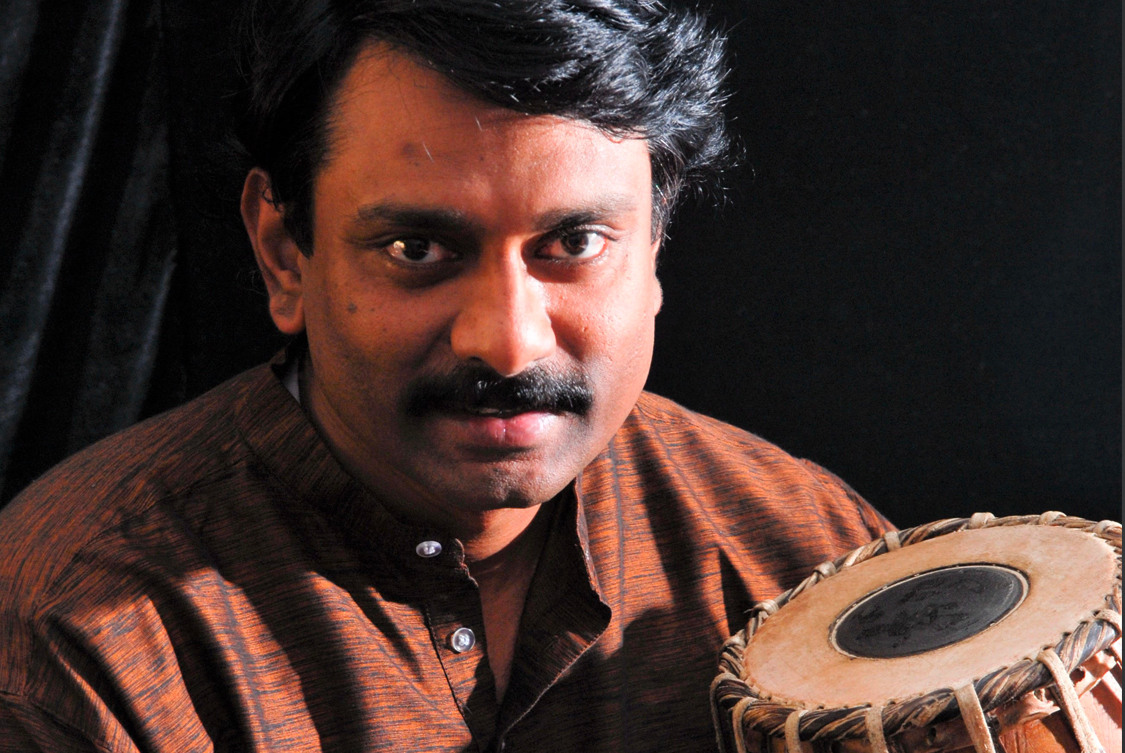